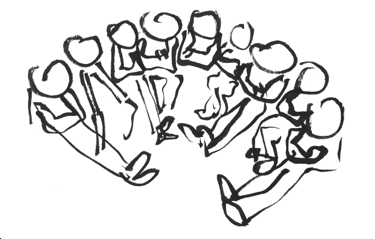 It was the day after the General election. Everything felt gloomy on a cold and windy morning. When we arrived at the facility we were told the residents had been on lockdown for the last two days, unable to leaves their cells. When walking through Pentonville, one of the actors in the group asked if prisoners were allowed to vote. “I don’t think they are” I replied. Both of these things stayed with me as we walked through the corridors into the classroom. 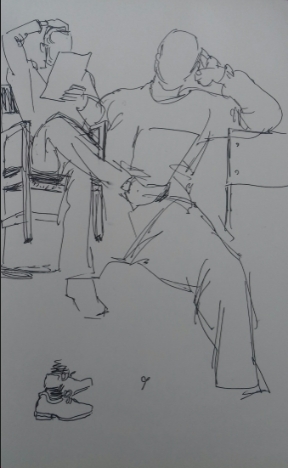 The next 90 minutes felt like a release: for us as well as the residents. Jumping, shouting, moving, expressing, articulating, communicating. I knew that for the residents it was respite from their incarceration (and from the recent lockdown) but that what I was escaping was a prison of another kind, one which I actually had some control of. “Make not your thoughts your prison” This resonated with me as the session went on and I became aware of the fortune and position in being able to leave and go home at the end of the workshop. I felt grateful that the residents had welcomed me as an equal, without judgement and that they were able to be open and vulnerable throughout the class. I hope that they felt the same from me. 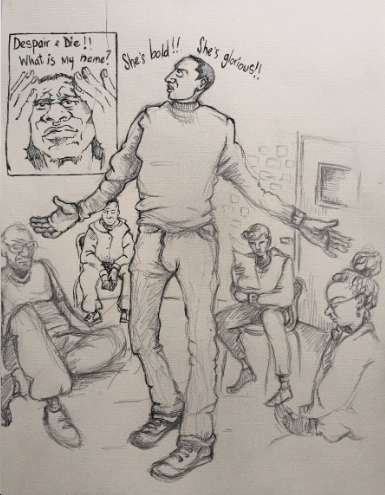 I don’t think there’s another situation in which you can be thrown together with strangers and within an hour feel almost like you’re family. The openness and engagement from every participant was amazing. After 90 minutes of meeting them we were all talking openly and philosophically about how the last 90 minutes had affected each of us. The language and themes of Shakespeare were so relevant to each and every one of us there that morning. 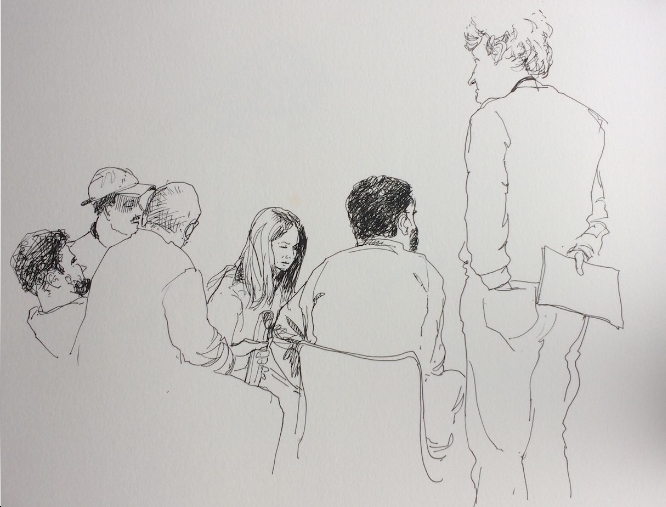 From the tentative moments after the residents were first brought into the classroom, to the end where they’d grown, engaged and created.  You couldn’t imagine more of a journey in such a short period of time. People are in prison for a reason, but as we enter five years of a new government with what I expect to be a harsh stance on prisons and show of strength by the government, I wish they’d be able to experience what I saw that morning and remember the people in prison are people, with potential for anything and should not be defined or written off by the choices that they’ve made in the past.