HONOURING THE 50TH ANNIVERSARY OF THE DEATH OF
EX-RADA GRADUATE, EX-PENTONVILLE INMATE
AND INTERNATIONALLY RENOWN PLAYWRIGHT 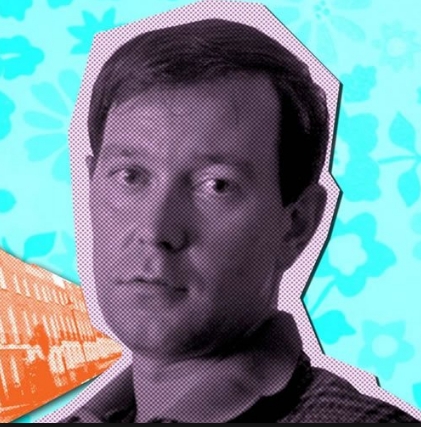 The LUP Initiative is ONLY possible because of the 18 years of prison interactions that LSW had previously undertaken with RADA and the fact that such is now embedded into their core BA curriculum, leading to a similar inclusion in other major institutions of dramatic study.

Orton himself, of course, went to RADA.

Not unremarkably the first four workouts that LSW undertook to help create
the inaugural LUP Tranche were with RADA graduating students.
One of that number - taking part in the first two of those same, -
Michael, was himself an ex-offender.  He had spent two significant terms inside.

Graduating from RADA in July this year Michael found himself
- on the very day of the 50th anniversary of Orton's death, 9th August 2017 -
rehearsing a featured role in the national tour of a major West End play.

It is his first job as a 'theatrical' professional. 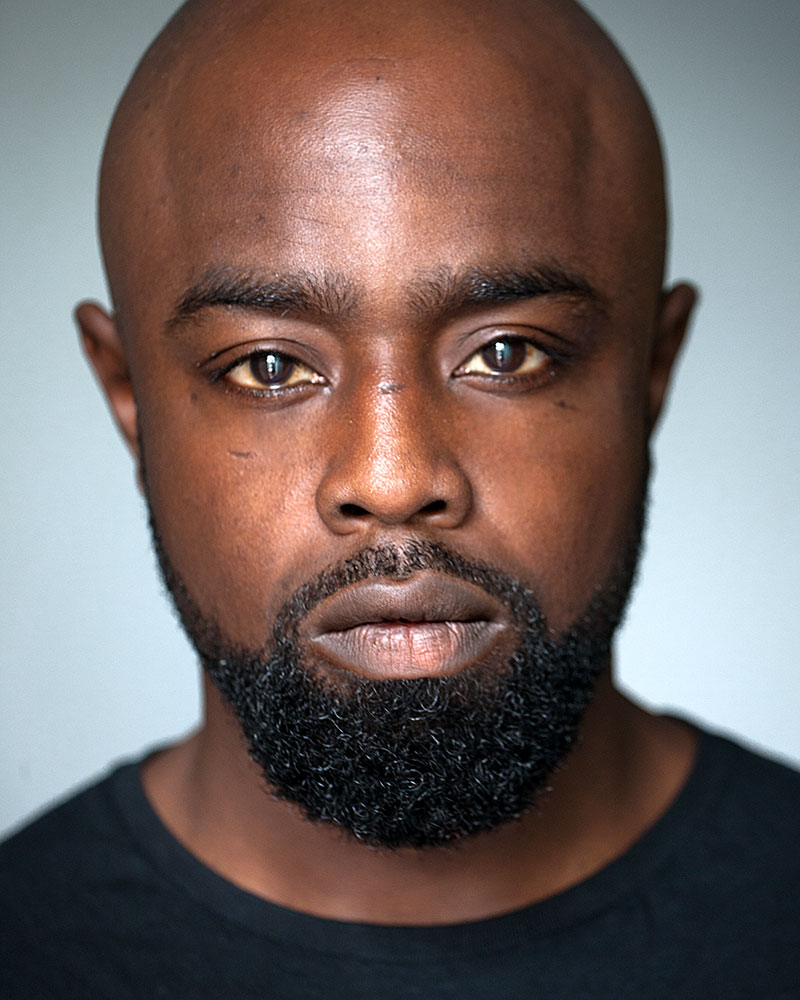 Orton also served time inside.  He spent six months incarcerated in HMP Pentonville (being released in September 1962) for defacing the covers of library books (see samples below).  This was done in protest against the fact that there was not (he felt) sufficient variety/supply of reading materials in his local library, there being no internet at the time. 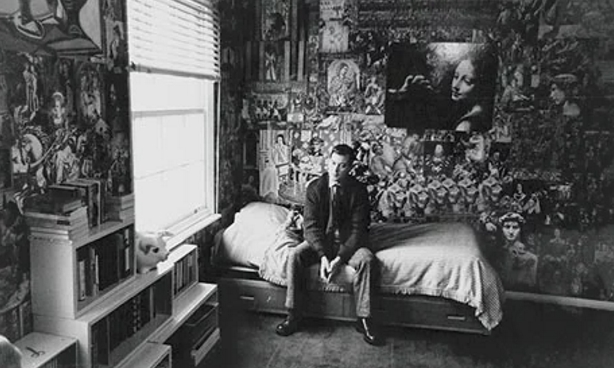 It may be irony or perhaps fate that sees so much of LUP's work
based in the HMP Pentonville Library.

Two of the original LUP Tranche members are, in fact, themselves
HMP Pentonville library orderlies.

Orton wrote of the benefits of his time in HMP Pentonville:

"It affected my attitude towards society. Before I had been vaguely conscious of something rotten somewhere, prison crystallised this. The old whore society really lifted up her skirts and the stench was pretty foul.... Being in the nick brought detachment to my writing. I wasn't involved any more.
And suddenly it worked."

Today the book covers Orton doctored are hailed as works of art. They are exhibited at the Victoria & Albert Museum and other world wide arts institutions. When one becomes commercially available on the open market -
a rare occurrence - they fetch significant sums.

The on-going LUP Radio Drama Company recordings will - like LUP's own core definition and Orton's corrosive montage mentality - 'bring disparate bodies together'.  Akin to Orton's historic cover commentaries, the LUP Radio Drama Company scripts will each be an illustrative mélange.  Each will source not only Shakespeare but the words of other major writers/thinkers aside original material.  Each will strive to investigate its dedicated theme in a fresh light. 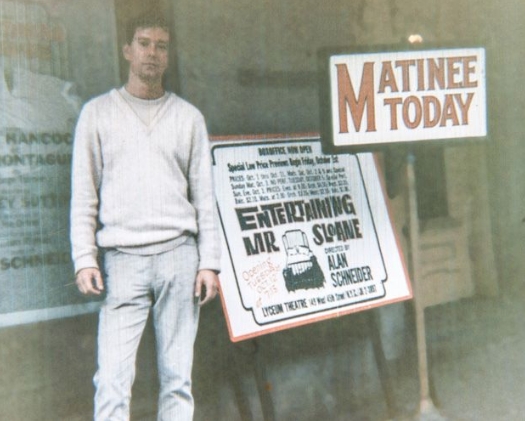 We will aim, as Orton once did, to puncture targets with positive purpose.  We will strive to see that they are efficacious ... or as Shakespeare preferred in
Henry V, engender 'imaginary puissance'. 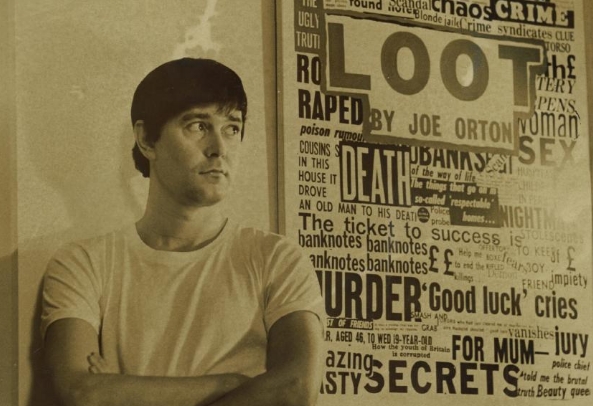 in no particular order ...

All resident members of the LUP Radio Drama Company will be on a core LUP Tranche.  As such they will take part in a designated ten week drama training programme, focusing on radio arts in terms of performance, production and writing.

Each LUP Tranche will be joined by at least one outside young artist for whom the experience will be significant.

Each LUP Tranche will develop the production of at least one original radio broadcast sourcing Shakespeare and other major writers/thinkers in tandem with original material.

Each broadcast by the LUP Radio Drama Company will be themed in tandem with a Conference to occur at each Tranche's end in specific tandem with the RSA (Royal Society of Arts).

Every participant in the LUP Radio Drama Company will have been selected from a series of LSW drama workouts.  Participants will be drawn from (a) the general HMP Pentonville populace and (b) students/classes from the major UK drama schools
and their associated universities.

Each participant in the LUP Radio Drama Company will - within their ten week period of study - not only have specified group and individual sessions but will interact as a core Company with at least one major drama school in order that they might share the skills that they have themselves benefited from.

On the completion of each Tranche every LUP Radio Drama Company member will receive a certificate of completion entitling them to (i) a complimentary headshot by a significant theatrical photographer, (ii) an advising response from a practising agent and casting director, (iii) outside mentoring from an experienced industry advisor and, most pertinently, (iv) registration with a supporting artist/extra agency on release making way for the potential of very real employment.

Crucially there will be a de-brief at the end of each LUP Tranche session involving all members of the LUP Radio Drama Company and production staff.  This will be intercut with highlights from the radio drama broadcast productions themselves - to create another unique product; one defining core outcomes and specifically reflecting on the dedicated theme as initially appointed.  The latter will be offered to National Prison Radio (NPR) in the hope that it might be of some use - in whole or part - and be broadcast in cells throughout the country.

Each LUP Radio Drama Company presentation will offer unique and meaningful opportunities to Radio Production Artists  young in their careers to further enhance the attributes of their already established artistry.  Music and sound effects will be added to the core recordings during outside edits, fashioning a complete LUP Radio Company dramatic soundscape.

The LUP Radio Drama Company will seek to forge a unique house style wherein men (as dictated by the gender construct of the prison itself) (i) will play women as men and (ii) champion our nation's rich racial diversity such as other theatrical outlets are sometimes said to deny.

Essentially each LUP Radio Drama Company recording will aim
to unite a unique sound within variations on a significant theme.