‘To employ the works of Shakespeare and other major dramatic, cinematic, musical writers/thinkers as a tool towards effective interaction in order to (a) create new work and (b) promote confidence through the will to dream for all’.

Rameau wrote: "Put life into your song and you put spring into your step".  Multitudinous theatrical concerts thrill to 'duets'.
Here assurance will be scored through witnessing creative interaction in immediate renewal via 'do-its'.

Each JUST DO IT (JDI) presentation/workshop will focus

Over its noted 11 year history, LSW has been about nothing if not the establishment of key precedents.  A sampling of LSW's historical achievement can be witnessed here.

In all LSW has engaged via:

(a) an interactive application of dramatic literature and

(b) the specific exploration/development of new music through

In all LSW has gloried in variety.  We have done so by;

"LSW works at the highest level," Michael Billington writes in The Guardian.  "What is most impressive is the commitment of the entire company and its rare passion for language."

The JUST DO IT initiative simply aims to enhance this theme and a take forward past work/applications.

As I (Bruce Wall, LSW's Executive Director and [aside Dame Dorothy Tutin] Co-Founder) write this, I continue to hear Tim chortle in laughter as I insist to all and sundry that they must simply 'Do It'.  Occasionally Tim would good heartedly mock me by leaning over from behind the keyboard, bulging his eyes out and mouthing: 'Just Do It'.  Always the lads or ladies present laughed.  The point was made.  The art of 'doing' - the 'pro-action' - remained the one consistent.  It alone might become sustainable.  We were, after all, active verbs.  (Weren't we?)  At LSW the very act of 'doing' is source to any and all 'Brownie Points'.

Tim, himself, was a great exemplar of present indicatives.  He was a master of the art of 'just doing it'.  Tim's artistry was by way of the keyboard and the attendant electronic gadgetry he continuously delighted in.  A quiet man, the keyboard gave Tim his voice.  He rejoiced in responding to the continual provocation of both (a) classical/lyrical texts and (b) a multitude of original ones inspired by them.  For Tim those words sourced renewal.  'Music just flowed out of him,' Project Advisor, Julian Littman remembers.

Tim found huge joy in encouraging others in finding/sharing the reality of their newfound/reborn confidence.  It is this memory that LSW seeks to honour through the Tim Williams Award Scheme.

Outside of Tim's noted history within the musical/theatrical/media industries, he was responsible for all LSW scores/underscoring from 2003 onwards.  These included but were not limited to the original/revived productions of Alba, Animated Macbeth, Shakespeare and Sinatra, Blacking Iago, Will I Survive, A Homage Behind, Black Atlas and Lifting the Mask for which Tim wrote a magnificent 21 song score.  Small segments of the latter showcasing the verse of Paul Laurence Dunbar by highlighting both (a) the musical motifs of the lyric's time and (b) Tim's own gloriously contemporary sensibility/voice can be sampled here.

Additionally Tim was responsible for the scoring of all LSW Films including six half hour documentaries (among which are the award winning How Do You Know My Daughter? and Killing Birds) and seventeen shorts.  Beyond even this, Tim composed literally hundreds of songs with lyrics drawn from LSW Wit-Slings (original verse inspired by a line of Shakespeare developed through LSW's Shakespeare/Drama Workouts/Lyricals).

Always an effective mentor, Tim was uniquely skilled in working with a vast expanse of talent.  This ranged from young musicians and leading theatrical/musical lights to a vast plethora of young performers and prisoners.  In many ways Tim was the musical father to all.  His last LSW project (March 2008) was mentoring Maimon Pony, a young prisoner at the California Men's Colony (a prison holding 7,000 inmates) who served magnificently as Musical Director on LSW's 'Rounding Shakespeare' project.  Maimon later wrote:

“I doubted my own ability to accomplish what I said I would do, and found myself completely unmotivated to even try.  Had Tim’s music and your encouragement not contested my negativity, I would have had my name blotted from your script.

Your own and his faith in me sparked my interest anew, and began what was to be an unforgettable experience.” 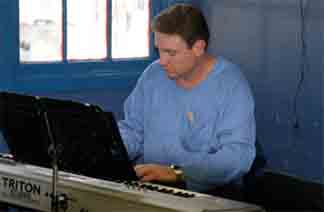 The faith that Tim consistently exhibited/encouraged in the face of talent wherever he found it must and will be continued through the TIM WILLIAMS AWARD (TWA) SCHEME.

At every JUST DO IT presentation three cash prizes in Tim's name will be presented and a great many more talents encouraged; confidences inspired (see below).

How will the goals of a JUST DO IT incentive be actioned?

It is our goal to see the union of Music and words do the dancing.  The instrument of silence will be potent because it will have been earned.

What is the LSW Commitment?

LSW’s goal will be to create programmes/documentaries involving new songs inspired by dramatic texts as befits the LSW stated purpose.

How is this to be Accomplished?

LSW will seek to:

Documentation / End Product - WHAT DOES THE JUST DO IT INCENTIVE AIM TO PRODUCE?

It is arguable that film making is the most inclusive of all forms of literacy.

Utilising LSW's storehouse of film equipment, a talented film maker will be sought to make a documentary concerning the development/realisation of each JUST DO IT process, leading to a documentary specifically surrounding/leading the associated theme.  The documentaries will have their premiere in a special screening at the Curzon Soho, which will be entirely free and open to all industry members, family and friends, and additionally include live highlights of a couple of selected songs from the specific programme.

Rights to any Artistic Work:

The artistic work shall remain the exclusive property of the artists concerned with naught but acknowledgement of LSW's JUST DO IT developmental incentive requested at point of future publication (e.g., recordings, interviews, programmes, etc.) 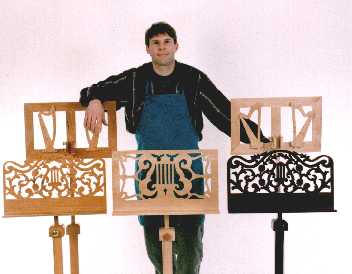 Each JUST DO IT presentational (theatrical) programme shall employ a cast of no more than twenty singers incorporating a wide expanse of ranges and all songs will be presented in a simple presentational (studio) style.  The filming will in fact be incorporated as part of the theatrical process.  Here, the words and music themselves MUST do the dancing.

In preparation of each:

The participating team of composers (encompassing a suggested team of between eight and twelve accounting for at least sixteen 'new' songs) will be offered in good time (e.g., three weeks)

The appointed Performers and Composers/Musical Artists will liaise in arranging ONE rehearsal for the piece(s) in question, (with the assistance from the Executive Producer if required) noting that

On the afternoon of the any said JUST DO IT evening presentation itself, composers and artists will come together within an appointed timeframe in jointure with members of LSW's JUST DO IT Advisory Committee in a designated space.  Materials will be reviewed and appropriate feedback offered.  Having had an opportunity to hear all entries the specific running order for the evening presentation will be set.

All performing artists will be required for the half hour call prior to the commencement of the specific JUST DO IT presentation.

On Introductions & Transitions Between Songs

The appointed host of each 'Just Do It' Incentive/Tim Williams Awards Scheme Event will introduce each song with (as previously specified) ONLY (i) the title of the song itself; the names of (ii) the composer; (iii) lyricist, (iv) original performer(s) and (v) the dramatic scenario and (vi) the musical style as originally presented to the composer.

At the conclusion of each song, the performer(s) will take their calls ASIDE the composer and, where possible, lyricist in an equal line.  They will bow according to LSW tradition, e.g., first in unison to the audience; then (turning to their closest side) in face of the appreciation of their peers; then, (turning again), in appreciation of each other, and, finally, on the final revolve, to the audience again whence they will applaud in mutual approbation and continue doing so whilst returning to their seats.  As the final element is occurring the Host will approach in readiness for the following introduction.  Apart from the first song which will be notified in advance, the artists involved will NOT KNOW their call order until the programme item number itself is spoken by the Host.  On announcement all artists will head to their appropriate positions in the performance area and make ready to begin at the conclusion of the introduction as specified.  In this way it is hoped transitions between the sixteen numbers (i) should appear seamless and (ii) allow for the time utilised in each original composition to be maximized.  In the case where original backing tracks are applied, the composer is requested to rise at the announcement of his/her name in the introduction as well as participating in the call.  Before the final presentation of the awards themselves, all artists will rise and share in joint audience appreciation. 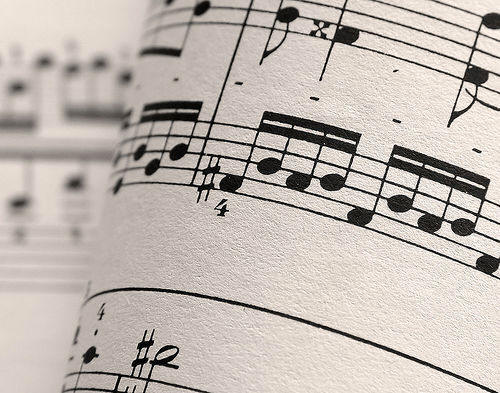 Each JUST DO IT presentation will culminate in the presentation of three awards given in the name of Tim Williams, with additional items (e.g., in-kind sponsorship) sought in addition (e.g., complimentary photograph sessions, theatre tickets, memberships, dinners, etc.).  Each programme will additionally feature the performance of no less than two songs from the enormous catalogue of Tim Williams' works.

Selection of each Tim Williams Award will be made by

At every presentation a guest from the voter panel will present a different one of the three awards as applicable with their expertise, making a brief comment on the overall experience at that time.  They themselves will not know the results before they announce the recipient.

At each and every JUST DO IT presentation a Tim Williams (Cash) Award will be presented for: 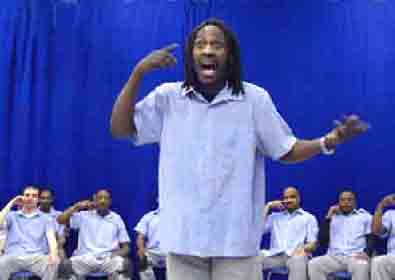 LSW will bi-annually seek to tour a revue of songs inspired by the JUST DO IT programme to many small/mid-scale venues and village halls such as currently find themselves at considerable risk and much as Tim Williams himself appeared at in LSW productions.  Such venues have ranged from the Theatre Royal Bath to Yorkshire's Stephen Joseph Theatre; from the Cambridge Arts Theatre to the world's first underground venue in London's West End, Machim's Criterion Theatre.

As per LSW’s tradition established through the Blacking Iago, Black Atlas, Lifting the Mask tours and in accordance with LSW's commitments to the Arts Council England; the Independent Theatre Council and the National Rural Touring Association, these tours will additionally accompanied by educational programmes (Workouts/Lyricals) offered on a complimentary basis to the venues and their associated outreach programmes.  Where possible each presentation will seek to offer new material in the local UK venue as developed by local young compositional/dramatic/musical talents through the workshops at hand.

For Further information or to apply to participate in the Tim Williams Award Scheme
please contact the LSW Offices on 0207 793 9755 / 07916149002 or email londonswo@hotmail.com